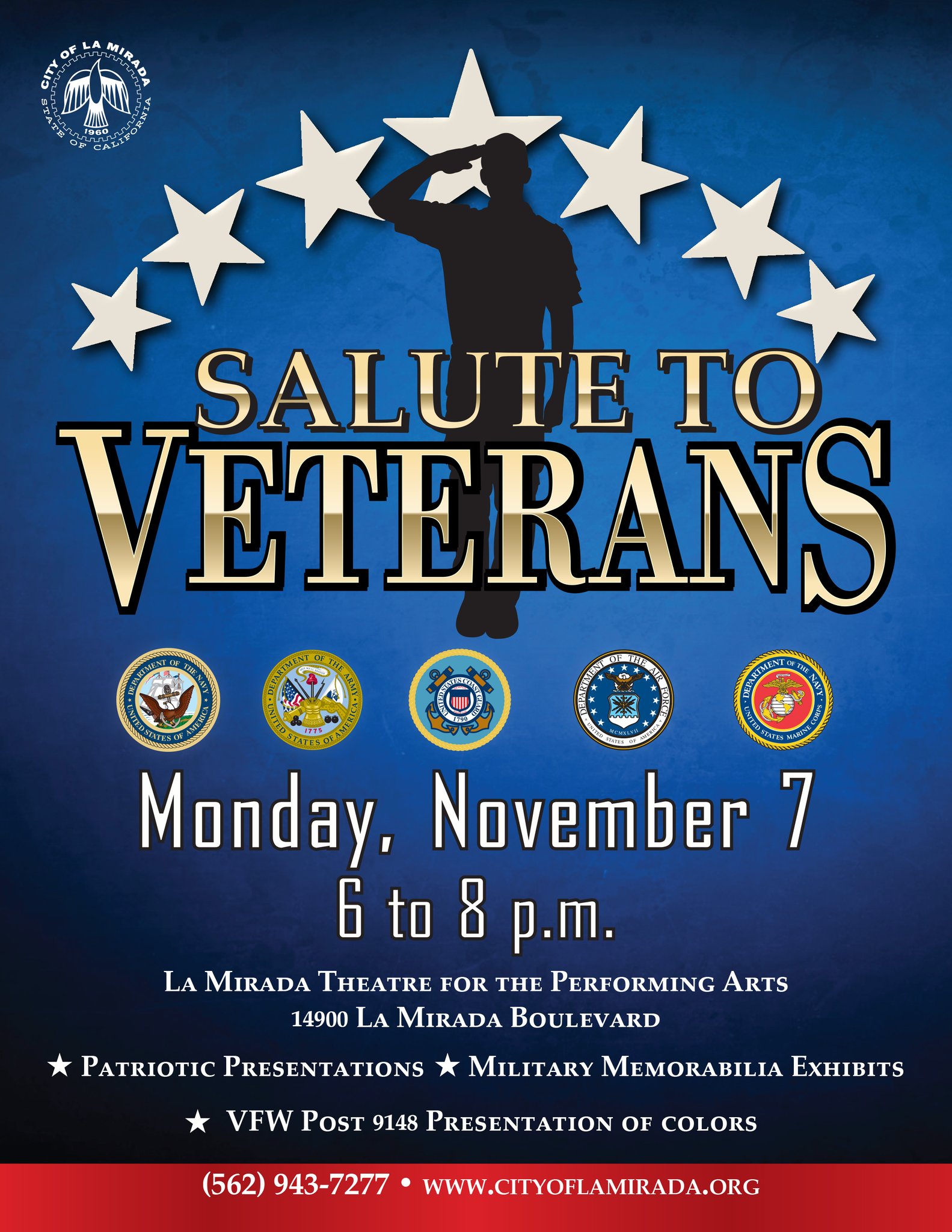 The City of La Mirada will host its annual Salute to Veterans event this Monday, November 7 from 6 to 8 p.m. at the La Mirada Theatre for the Performing Arts, 14900 La Mirada Blvd. The public is invited to attend this worthwhile event which pays tribute to veterans and those currently serving in our military.

This year, the City is honored to welcome Mr. Lauren Bruner as its special guest. Mr. Bruner is a WWII Veteran, Pearl Harbor survivor, and La Mirada resident of more than 50 years. Mr. Bruner was the second to last soldier to leave the USS Arizona on the day of the Pearl Harbor attacks in 1941. Mr. Bruner will be releasing his historical novel, Second to the Last to Leave USS Arizona 12.7.41, on December 1, 2016. Signed copies of the book will be available for pre-order during the event. The City is honored to welcome Mr. Bruner to share his story during the event.

The City and community members will have an opportunity to honor La Mirada veterans who have returned home. Military street banners will be retired and presented to veterans and his or her family members during the ceremony on stage. Many veterans will be on hand to display memorabilia and talk to guests about their service. A video presentation showcasing photos submitted from local veterans will also be shown.

For more information about the event, contact the City’s Community Services Department at (562) 942-7277.