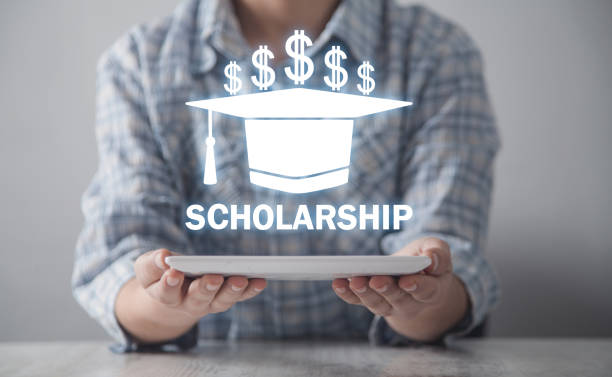 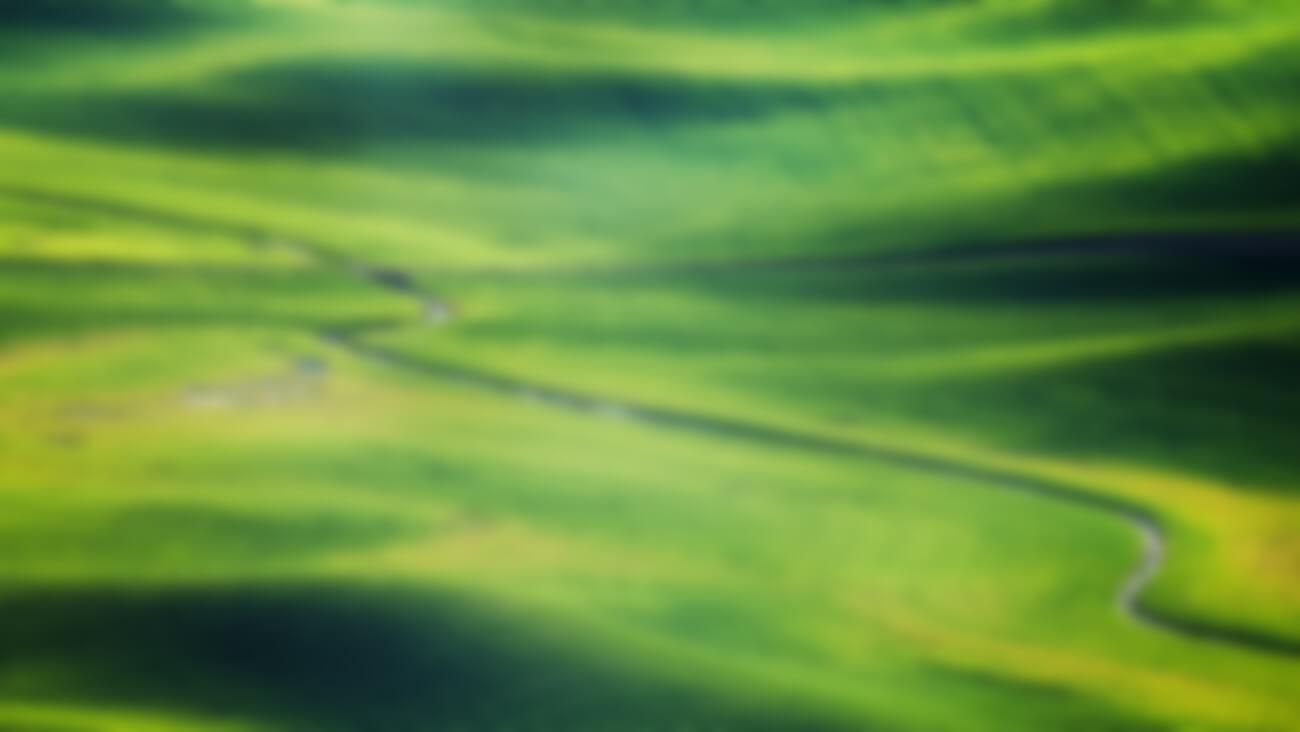 La Mirada residents will notice new street banners along Adelfa Drive in front of La Mirada High School. The new banners were created as part of a College Banner Program to honor La Mirada High School students who recently graduated and plan to continue their education at a college or university the following year.  The banners feature a photo of the graduate, the graduate’s name, a noteworthy achievement, as well as the college or university they plan to attend.  The class of 2018 is the first graduating class to participate in this new program.

The College Banner Program was approved by the City Council and implemented this year in collaboration with the Norwalk-La Mirada Unified School District.

“We are extremely proud to highlight the achievements of our La Mirada High School graduates with this new College Banner Program,” says Assistant City Manager Anne Haraksin.  “We hope these banners serve as an inspiration and encouragement for other high school students to pursue a college education or trade.”

Similar to the “Presidential Portraits” banners and the military banners, college banners  are installed on light poles along Adelfa Drive between Foster Road and Alicante Road. The college banners will be replaced every year with new La Mirada High School graduates.

For additional information on the College Banner Program, call Community Services at (562) 943-7277.

Applications are available at La Mirada City Hall, the Resource Center, and local high schools.  They are also available on the City’s website cityoflamirada.org.

The Bob Jenkins Scholarship is available to students who have provided significant community service, reside in La Mirada, and have applied to an accredited college.  Applicants must complete an essay on the value of community service and their involvement in the community.

The Ray Haugh Vocational Scholarship is available to students who have provided community service and/or volunteered in La Mirada, reside in La Mirada, and are enrolled in a vocational training program or trade school.

Scholarship recipients are selected based on meeting academic requirements, the scope and duration of their community service, and their impact in the La Mirada community.  For additional information, call (562) 943-0131.

Norwalk~Benton Middle School art teacher Jennifer Hodge has been recognized as Norwalk-La Mirada Unified’s 2016-17 Teacher of the Year for inspiring her students to adopt a lifelong appreciation of the arts and apply their creative, critical thinking skills in other subject areas.

“It's such a privilege to work alongside students as they gain the confidence and skills to communicate an important message and use art as a creative tool for self-expression,” Hodge said. “It's a pleasure to work in a district that allows student choice in selecting electives and pathways that inspire them.”

Hodge started as a substitute teacher at Gardenhill Elementary School 16 years ago and transitioned into Benton’s visual and performing arts magnet as an art teacher in 2010. 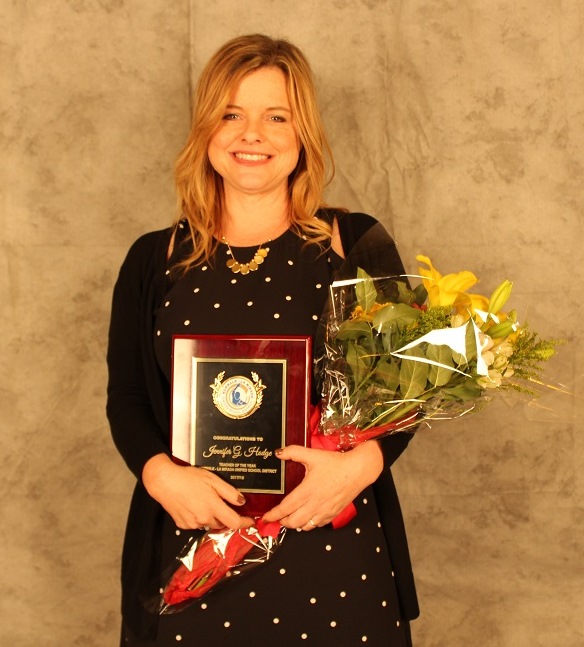 She immediately noticed Norwalk-La Mirada Unified’s high value on teacher input and collaboration, and various professional development opportunities. Hodge also takes part in the annual Caring Beyond the Classroom event, when teachers provide school supplies to students at the beginning of each year.

“It's an incredible honor to represent the hard-working and highly qualified teachers of Norwalk-La Mirada Unified,” Hodge said. “I look forward to spreading awareness about the great things our teachers do to help students be the best versions of themselves at school and at home.”

“Jennifer is an example of the high-quality teachers we have throughout our schools who inspire our students to pursue their dreams,” Superintendent Dr. Hasmik Danielian said. “Congratulations to all of our teachers, staff and administrators who were recognized for their hard work.”

Earlier this month, under a rainbow of blue, white and yellow balloons, 16 La Mirada High School student-athletes signed their letters of intent on National Signing Day Feb. 1, making official the colleges and universities they will attend in the fall on full athletic scholarships.

“There is a lot of Matadore pride today,” LMHS Principal Lisa Reed said. “This is a real testament to all the hard work and dedication of our students, who not only excel on the field, but also in the classroom. Our teachers and coaches work together to instill a student-first culture that starts on the first day of school and continues until graduation day. Congratulations to our amazing kids!”

Adorned by top hats, green wigs and golden tickets, Dulles Elementary School students heralded the arrival of the “Candy Man” and brought to life the timeless characters of Charlie Bucket and the Oompa-Loompas during two performances of the musical “Roald Dahl’s Willy Wonka, Jr.” held recently at Benton Middle School.

“This is a very exciting night for the Norwalk-La Mirada community,” Dulles Principal Shanti Gallegos said. “This is an opportunity for all Dulles Dolphins to participate in a musical and it has been an extraordinary learning experience for our students as they develop skills in leadership and the arts. This was a total community effort, and I would like to thank the District, the Dulles school staff and PTA, the Center Stage Theater and all of our Dulles families for their hard work and dedication.”

“Willy Wonka, Jr.” is Dulles’ inaugural music production, designed to give all students, from kindergarten to fifth-grade, an opportunity to enhance their appreciation of art, as part of Dulles’ science, technology, engineering, art and mathematics (STEAM) curriculum.

“The musical production of ‘Willy Wonka’ perfectly encapsulates all of the positive qualities of the Norwalk-La Mirada educational experience, providing a rich cultural climate for our students to excel in, while engaging parent and community participation,” NLMUSD Superintendent Dr. Hasmik Danielian said. “Congratulations to Shanti Gallegos, the Dulles PTA and our budding thespians for putting together such a wonderful show.”

Eight high school students from the Norwalk-La Mirada Unified School District, including six from La Mirada High School, have been selected to perform in the 2016 Tournament of Roses Parade Honor Band.

The students were selected from a pool of about 500 musicians throughout Southern California and will join more than 100 Honor Band members consisting of instrumentalists, a flag pageantry and the Pasadena City College’s Lancer Marching Band.

The NLMUSD students practiced their routines throughout the year, while continuing their music instruction and performing in their high school bands and other music programs.

“It’s such an honor for our students to be chosen because it was a rigorous audition process,” said Fabio Kayama, Norwalk-La Mirada Unified visual and performing arts teacher on special assignment. “Our students get to perform with top musicians from across Southern California and showcase their talents.”

This year, the student musicians chosen from the District are:

La Mirada High School Director of Music Geena Biondi held clinics and workshops to prepare her students for the auditions. Biondi, a Pasadena City College alumni, performed in the Tournament of Roses Parade as a member of the Lancer Marching Band as a junior and senior in high school.

“These students are ones that are leaders in the classroom and very disciplined,” Biondi said. “Their willingness to rehearse during the break shows their desire to grow into better musicians.”

The students began practicing for the Rose Parade the second weekend of November, and will continue to rehearse every weekend in December and through most of winter break. They will march over 50 miles in preparation for the six-mile parade down Colorado Boulevard.

“The Tournament of Roses Honor Band prides itself in playing the entire route of the parade,” John Glenn High School Band Director Frank Hinojoz said. “I’m very proud to have two members from our school in the ensemble.”

The NLMUSD students will also perform with the Honor Band at Disneyland on Dec. 28 and for Bandfest at Pasadena City College on Dec. 30 and 31.

“I’m so proud that our students are being recognized as some of the best musicians in Southern California,” Superintendent Hasmik Danielian said. “These are exemplary students who not only shine in their academics, but who now have the opportunity to demonstrate their passion and talent on a national scale.”

La Mirada~Once the gates to La Mirada High School's Goodman Stadium opened at 5 p.m., friends and family packed the bleachers to the brim to attend the 55th annual commencement ceremony.

The lines to enter both gates extended around the corner onto Foster Road until most were settled in after the beginning of the ceremony at 6:30 p.m. Traffic was also affected in the surrounding communities with heavier traffic in both La Mirada and Norwalk.

The graduating class of 552 seniors were introduced by the high school's graduation band before 2015-2016 class president, Nestor Guerrero, opened with the Pledge of Allegiance. The valedictorian, Lawrence Koh, received the National AP Scholar award and gave his address after the national anthem sung by the La Mirada Chamber Choir.

The ceremony finished at approximately 8:30 p.m. where graduates walked away from the stadium and met overjoyed families and friends outside.

La Mirada~30 Norwalk-La Mirada Unified School District middle school students will showcase their musical talents at 10 a.m. and noon Tuesday, April 19 when they perform with the La Mirada Symphony at the La Mirada Theatre for the Performing Arts

The District offers every NLMUSD student the opportunity to take a music class upon entering sixth-grade. These performances with the La Mirada Symphony will allow potential VAPA students to experience the benefits of the program and inspire them to take advantage of the education opportunity.

For tickets to Saturday's performance and more information visit the Symphony's website here.

La Mirada Theatre for the Performing Arts is located at 14900 La Mirada Blvd. in La Mirada. 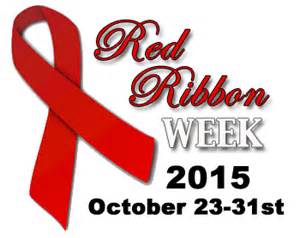 La Mirada~Escalona Elementary will be hosting several events for Red Ribbon Week that allow parents, students, and staff members to "give back" to the community.

Each day, the school will have a dress-up day that corresponds and encourages ways for students and others to give back.

MONDAY: On the 26th, the school we will be hosting a blood drive in coordination with PIH Health from 1:00-5:00 p.m. Also, students are encouraged to wear red and a “Just Say No” assembly will be held in cooperation with La Mirada Public Safety.

TUESDAY: Students will be wearing red, white and blue and writing letters to soldiers.

WEDNESDAY: Crazy Hair Day. Several students are either donating hair previously cut or cutting their hair in front of the school. The hair is being donated to the "Wigs for Kids" organization.

THURSDAY: Crazy Sock Day. Students are bringing in a pair of new socks to donate to a local shelter.